I saw this helicopter with a bucket on the ground. I just had to take a closer look. The gate was open and I could not see a no trespassing sign.

I was surprised at how small the bucket is. 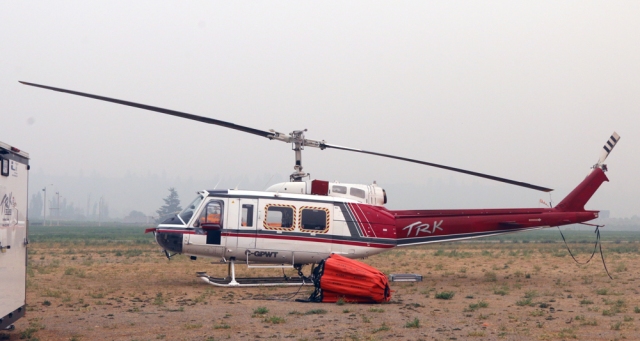 The size of each bucket is determined by the lifting capacity of the helicopter required to utilise each version.

Some buckets can include fire retardant foam or the ability to pump water from the bucket into an internal tank. Smaller collapsible buckets can use water sources as shallow as 1 foot (30.5 cm).

Worldwide, the term monsoon bucket is widely used and accepted as a generic term. In the United States, this type of bucket is officially referred to as a helibucket.[1]

All the wires and cables and hook ups all in the name of keeping us safe!

A big thank you to the pilots who fly these contraptions! They risk their lives to keep us safe!