Fresh from their Australian tour, the cast of “The Ultimate Comedy Show” are ready to bring the laughs to the South Okanagan. This May, Frank Venables Theatre hosts the hilarious troupe of comedians for a lively evening of entertainment. 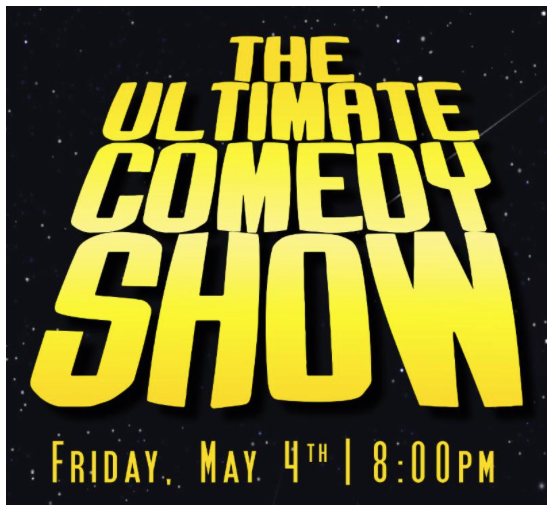 Two time Canadian Comedy Awards winner Chris Cassilian is a professional actor, comedian, and musician. He is also a long time member of The Vancouver TheatreSports League. Cassilian has performed in many improv and comedy festivals including the Vancouver International Festival, San Francisco Sketch Festival and the Chicago Improv Festival.

Denise Jones is the Artistic Director at Vancouver TheatreSports and has been performing with them since 2003. She is also a film and TV actor and was nominated for a Leo Award for her performance in the film “Preggoland”. Her most recent credits include Steven Spielberg’s “The BFG”.

The hilarity arrives on stage Friday May 4th at 8pm at the Frank Venables Theatre, 6100 Gala St, (corner of Fairview Rd.) Tickets are now available online at www.venablestheatre.ca or visit the Theatre Box Office Tuesday – Thursday from 10:00 to 3:00 for tickets and more information. May the 4th be with you.

For further information contact Aimee Grice, Marketing and Promotions Coordinator for the Frank Venables Theatre, by phone or email. (250) 498-1626, tix@venablestheatre.ca