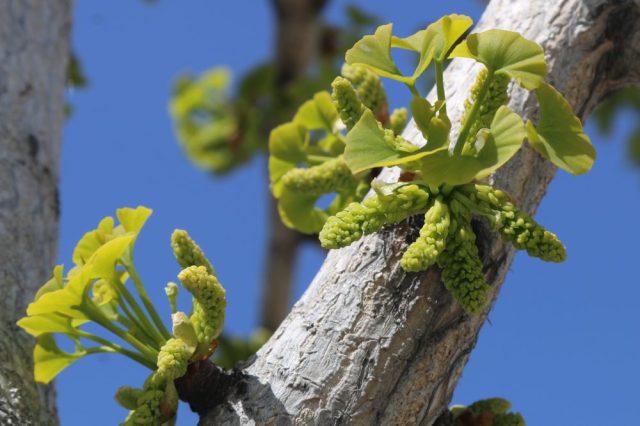 Because of the stink the females berries leave when stepped on and crushed I have always thought that only male ginkgo trees were planted to adorn the streets. However these look like little budinskis that will grow into the stinky berries of the female Ginkgo trees.

Ginkgo trees are very old and unique with their fan shaped leaves, this is what wikipedia has to say . .

“Ginkgo biloba, commonly known as ginkgo or gingko, also known as the ginkgo tree or the maidenhair tree, is the only living species in the division Ginkgophyta, all others being extinct. It is found in fossils dating back 270 million years.”

Now this is a wise old tree.